Jamil Naqsh (1938 – 2019) was a Pakistani Artist born in 1938 in India but later on moved to Pakistan after partition in 1947. Naqsh settled and worked in London, UK and was considered the only living modern artist from Pakistan. His paintings were frequently exhibited in Pakistan, India, UK and UAE. His work reflects, not just the culture of Pakistan, but also that of the whole of the Indian subcontinent, both Muslim and non-Muslim. You can buy Jamil Naqsh’s painting from Clifton Art Gallery

He was the best-known contemporary artist from Pakistan, long famous in his own country, and also well established in international art network.

J.Naqsh has painted the female form in many of his canvases replete with poise and grace. In another series of paintings, he pairs pigeons and doves with the female form, symbolic of love, peace, and gentleness. One more series of works, inspired by the Italian sculptor Mario Marini, who captured the beauty of the horse in his work, combines the elegance of the nude female with the sturdy grace of the equine figure

With his Teacher Ustad Muhammad Sharif (Master miniaturist), Jamil Naqsh learnt to put long dedicated hours in his work. Obsessed with the idea of line he sought an ethos that addressed his work in the decades to follow. In early 60’s he chose pigeons as his subject, there were many implications in his choice of subject. There are many implications in his choice of pigeons as a subject; childhood memories of pigeons strutting through the courtyard of his ancestral home and flying freely through open windows. Years later, these recollections were to be diffused into a symbol of domestic harmony. By combining the birds with the classic forms of women, J.Naqsh created a wondrous melding of movement and stillness.

Naqsh is a dropout of National College of Arts (Formerly Mayo School of arts) Lahore. He believed that art cannot be bound by academic restrictions and experience is more important than academic qualification. After his depart from NCA in 1955, he started rigorously practicing various technique of painting under the apprenticeship of Ustad Muhammad Sharif (Master Miniaturist).

Recognitions from Government of Pakistan

Among the artist’s many honours are medals and awards from the Pakistan Art Council, Karachi; the Ministry of Culture, Pakistan; and the Arts Council of Pakistan. 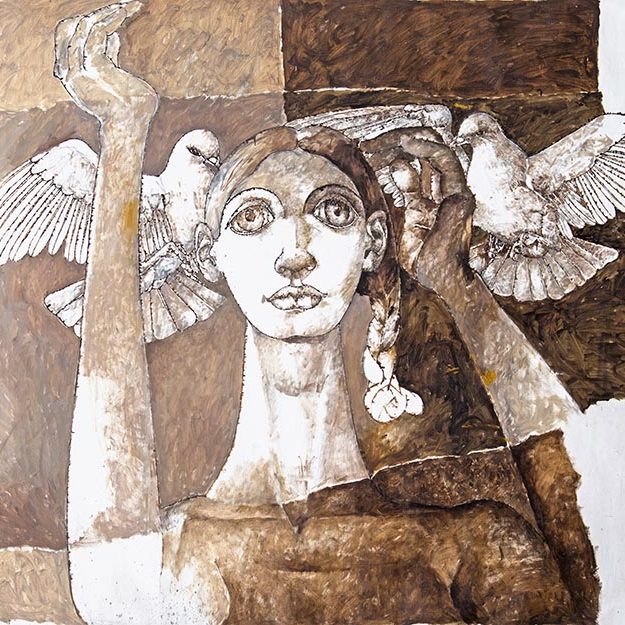 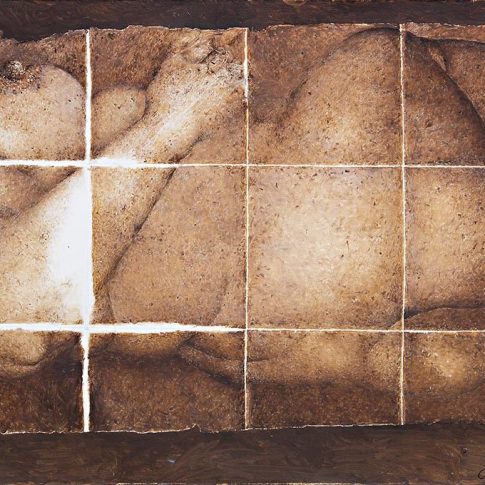 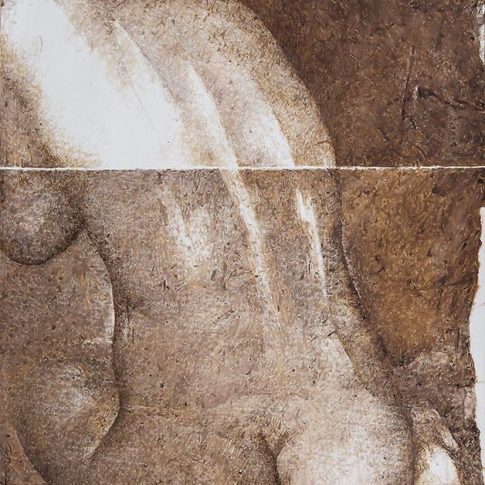 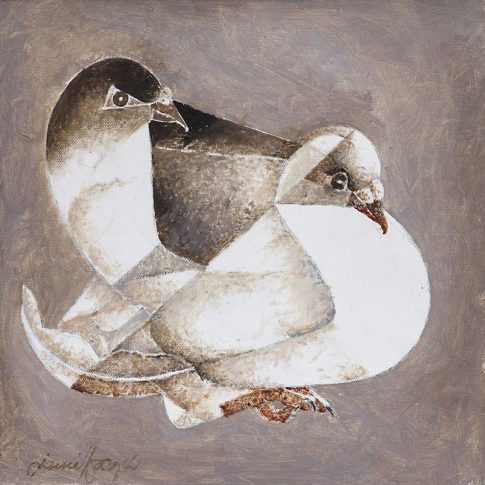 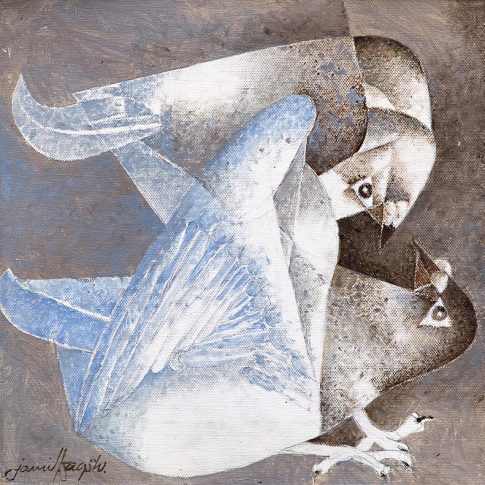 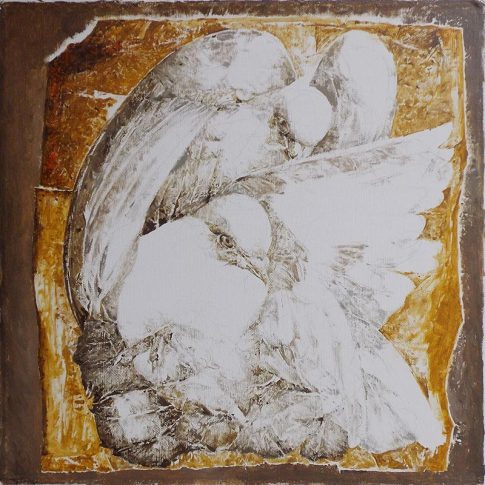 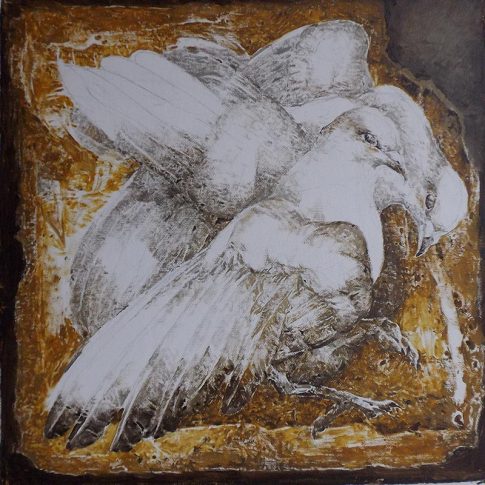 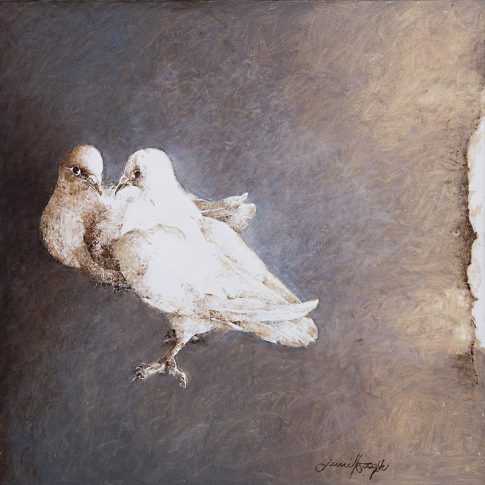 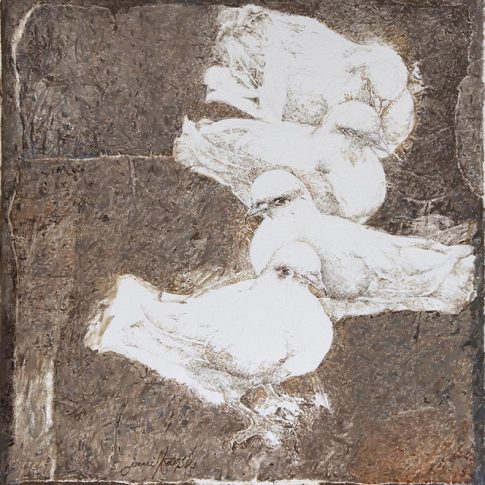 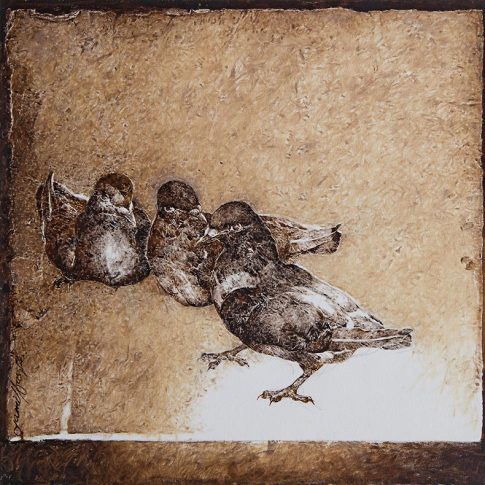 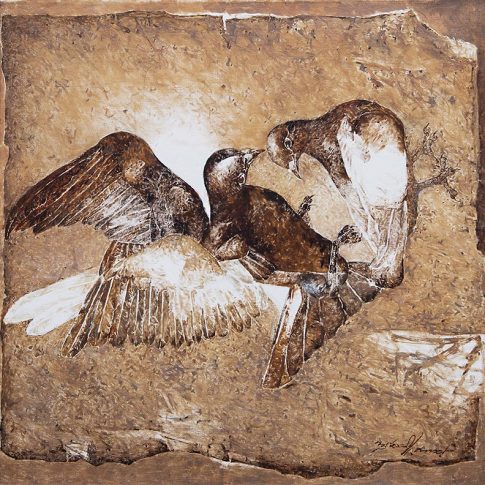 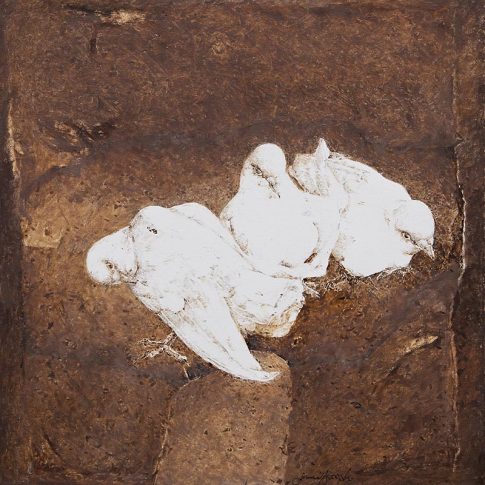 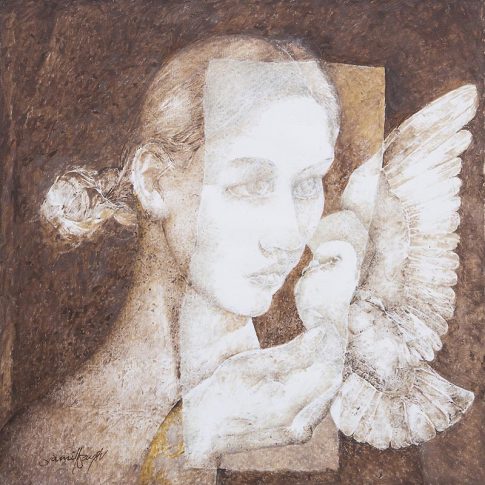 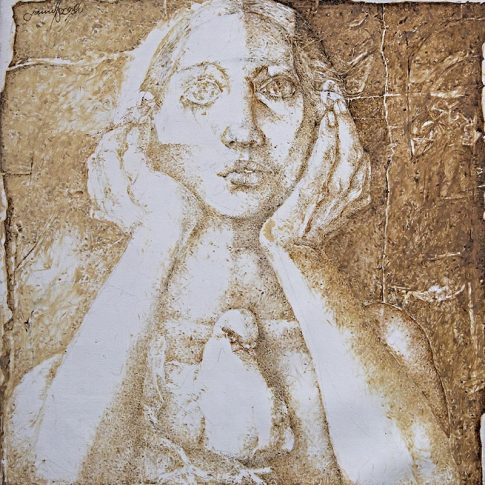 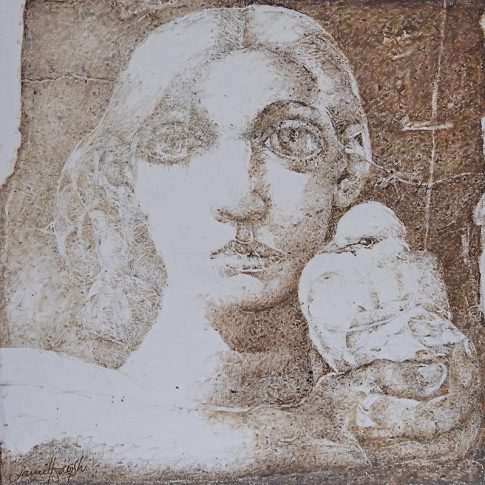 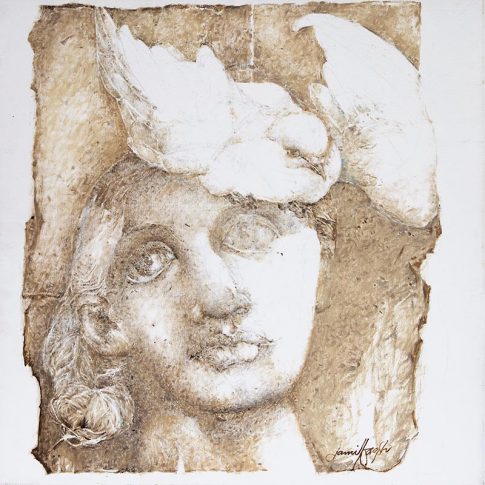 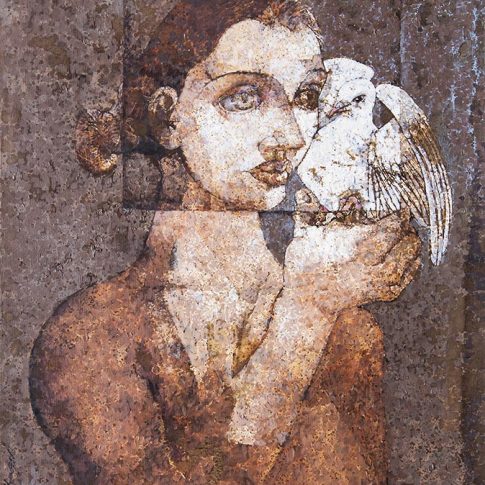 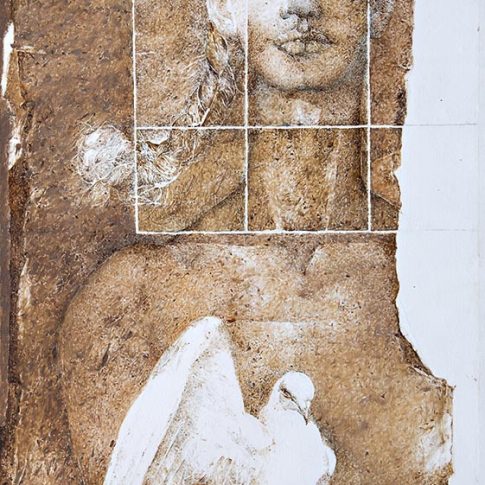 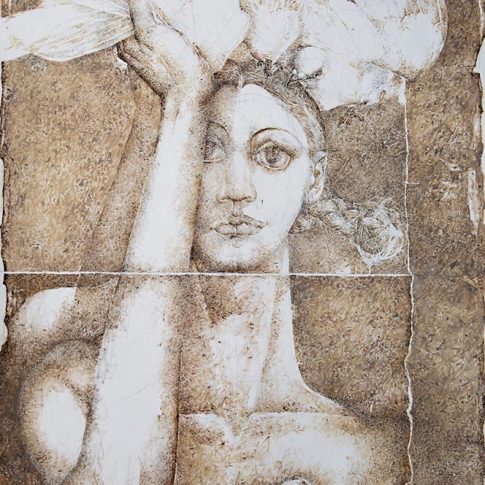 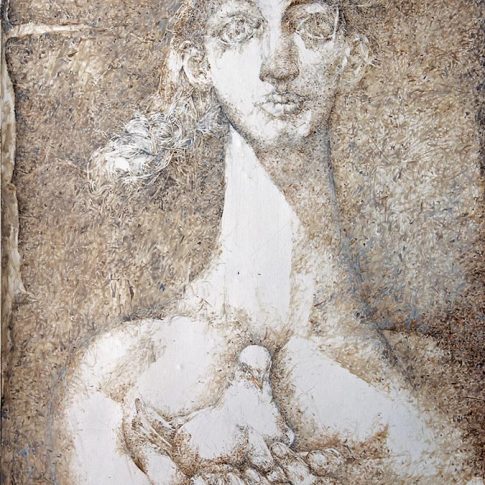 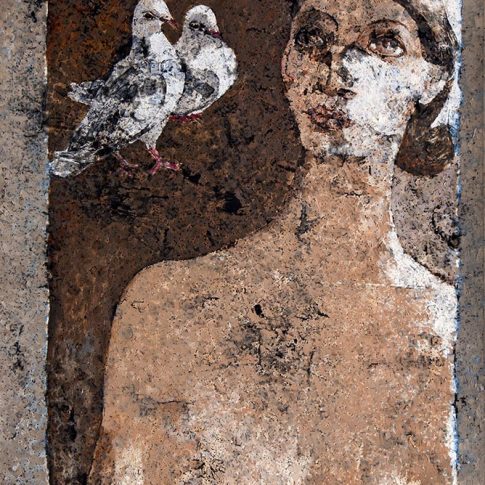 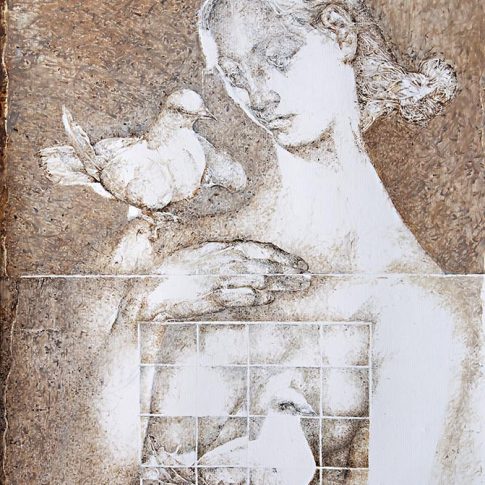 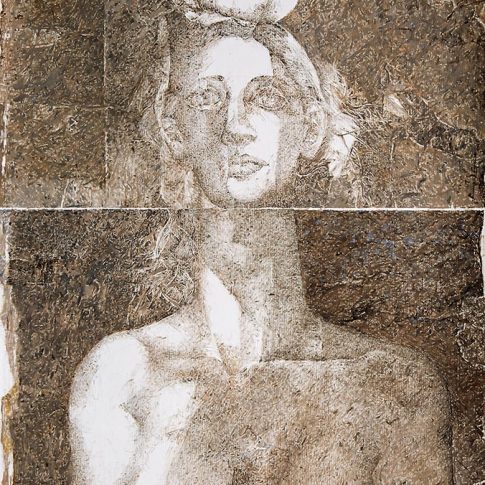 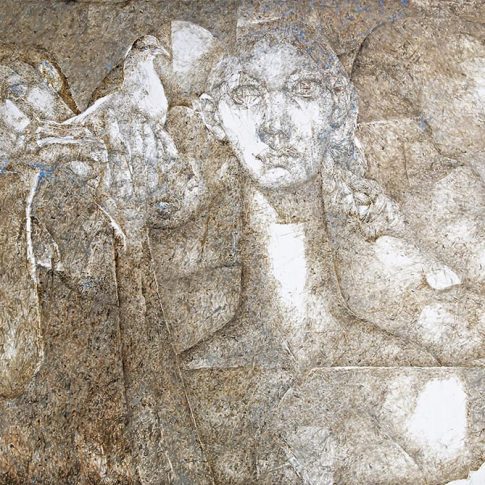 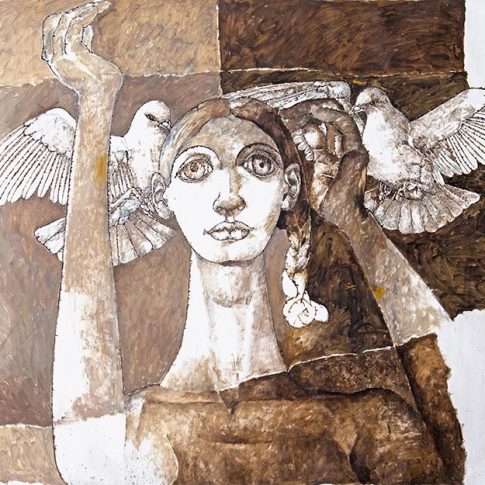 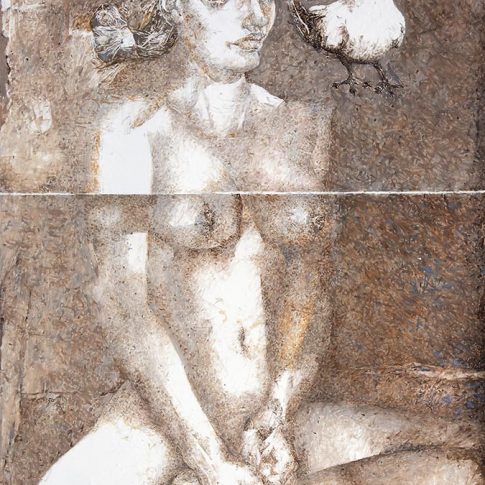